"Voice or no voice, the people can always be brought to the bidding of the leaders. That is easy. All you have to do is tell them they are being attacked and denounce the pacifists for lack of patriotism and exposing the country to danger. It works the same way in any country."
- Hermann Goering, April 18, 1946

A no good SOB/close friend uses this quote from the infamous Nazi as his email signature. This kind of thought informs the outlook of many or most anti-war types.

They have a very legitimate point that needs to be kept in mind. As mammals, we are all strongly vulnerable or prone to pack type behaviors that may not work out well, especially when played out with modern weapons. Thus the special significance of such recognition coming from a high ranking Nazi such as Goering. Any of us is liable to make misguided choices when our second circuit emotional territorial buttons are being manipulated by a skillful alpha male demagogue such as Hitler. Hitler and Goering et al led their country to absolute ruin, along with much of civilization.

But this lower brain mammalian circuitry has in fact served us well overall for a long period of time. It's biologically adaptive. That it's so deeply hardwired down in our basic brain stem circuitry is indicative of how long and well it has served our survival. In short, if you're not willing to stand up in defense of yourself and your people, at some point you're going to be eaten by the first wolf pack that happens along.

Thus the question that comes obviously to me in response to my friend's favorite quote on this day as London digs out from a second major string of attacks: Yeah, but what if we really ARE being attacked? Tony Blair isn't just pretending that people are out to kill them, they are being attacked. You can't just wish it away, and they surely cannot simply accept being bombed every few days. It won't work.

So then we struggle as high end mammals to sort out all the info coming in, intending to resist inappropriate appeals to patriotism or tribalism, while being ready to recognize when the time is right to rally round the alpha male and back the tribe. Go Team America!

Thus, for example, we parse the news trying to determine whether the president is taking us into Iraq for good reasons of improving national security, and whether he's being honest about everything. Or perhaps he's a lying demagogue manipulating us for his own ends of seeking and maintaining his power and influence. In truth, probably some from column A and at least a little from column B. It's only natural.

But fighting through the territorial alpha male second circuit nonsense still only represents one side of the equation in figuring out policy, foreign and otherwise. You have to deal on the other side with the fourth circuit of morality and sex.

These "circuits" I speak of refer to an 8 Circuit Model of Consciousness codified by Timothy Leary, and most written about by Robert Anton Wilson, notably in Prometheus Rising. These circuits represent a sort of combined codification of all kinds of theories of human developmental psychology, including Maslow's famous hierarchy of needs.

The fourth circuit of this describes ideas of morality, and particularly sexual ethics. "Make love, not war" is a classic statement of a fourth circuit sentiment. Morality is good. Jim Crow was ended with MLK making appeals to the better angels of our fourth circuits. Mostly pretty good morality is what has kept the US as the most militarily and economically powerful force in world history from running roughshod, certainly since World War II.

On the other hand, morality is hardwired mammalian circuitry, just like the urge for territorial dominance of the second circuit. Fourth circuit wiring can go just as haywire and do you in. Are you in fact making the best applicable choice in the necessities of a situation, or are you just jacking off your emotional circuitry for cheap feelings of moral superiority? Peace FAGs and do-gooders generally are always properly suspect on these grounds. Consider Live 8. 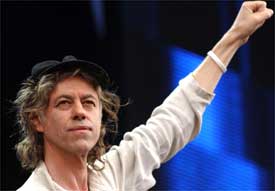 Those fourth circuit desires for moral stature really get dangerous though when they get tangled up with second circuit power seeking behavior. True Believers are almost always more dangerous than mere cynical power seeking politicians. The classic representation of this in modern film as it applies to American political life would be O Brother Where Art Thou. Contrast the congenial pure second circuit alpha male political hack Governor Pappy O'Daniel versus his opponent, the very sincere moralistic reformer and Grand Wizard of the KKK Homer Stokes. Which would you rather have in charge?

There are seemingly infinite ways for us to go off the rails on this fourth circuit, ways where miswired or misjudged fourth circuit thinking can ruin you or just flat get you dead. Your supposed superior morality will do you exactly squat good when you're dead.

Of course, religious belief works heavily on this fourth circuit, in part by claiming that your moral superiority will in fact do you some good after you die, getting you into heaven, Valhalla, or to the land of the 72 white grapes. Of course then, if God (through his representative homo sapien alpha males) wants you to do things to defend your homeland, then you get second and fourth circuits working together, which can get you into doing some real radical stuff.

One of the most just overtly obviously stupid forms of this in the political context would be pacifism. Thou shalt not kill. That simplistic statement obviously will not work as a viable whole life strategy. Even the Bible makes some pretty wide exceptions for that. See the book of Joshua, and the story of the conquest of the Promised Land.

Let pacifism be your position and make that publicly known, and you're just a sitting duck. Somebody will be around to rob and rape and kill you shortly. If you're not willing to pick up a weapon and defend your life, then maybe you don't deserve to keep it.

There's a special perversity in the way a lot of Western peaceniks make a virtue of their dysfunctional opposition to the use of force. The more that a call for restraint or understanding or other nicey-nice sounding demand conflicts with the practical demands of reality, the greater an indication it is of moral virtue. Only the most crazed bloodthirsty second circuit run amok jerk would advocate wholesale genocide in response to, say, a couple of sniper shootings. Fourth circuit junkies won't get much buzz from opposing that.

Perversely, dysfunctionally demanding that your countryman not respond forcefully to major attacks, that shows bravery and courage. The more imminent the threat that you refuse to respond appropriately to, the more moral you are, and the bigger high you feel.

Going around the other way to the same dysfunctional end, you can be miswired on the fourth circuit to feelings of inadequacy and shame, that you or your country are not worthy of defending. Maybe though, such feelings would be appropriate if you were a 1930s German of Japanese.

Classic strains of that now would be variations on how we brought 9/11 on ourselves, or some British liberals who want to argue that they are being attacked now in 2005 because of their involvement with US in Iraq. Well then, if you think you don't deserve to live, who am I to contradict your judgment? Someone will be around to kill you shortly.

So there you have it, one tangled up mess of even knowing how to start judging what to do, or who to support. How much of what kind of threat do we face, and how do we respond? Is this a place or time for peacemaking and understanding, or does this situation just flat require some serious wholesale killing? Is our effort in Iraq thinning out terrorists and showing people that we mean business, or is it just antagonizing the badly wired segment of Islamic people and making the problem worse?

Those highly exalted moral people opposing war, bitching endlessly about Gitmo and such- are they great moral leaders like Gandhi or Martin Luther King leading people down the path to peace? Or are they mere useful idiots to the real bad guys, like the historic fools that appeased Hitler, setting us up for far worse problems down the line?