As I write in 2010, Jack Chick is 86 years old.  In those years, he has had his own unique and far reaching fundamentalist Christian ministry as a comic book author.  His Chick Publications claims to have distributed some 750 million cartoon tracts.  By size and shape and a sometimes distinctly lurid tone, the Chick tracts are basically a hardcore fundamentalist Christian variation of the old Tijuana Bibles.  They're Tijuana Bible Bibles.

Across now six decades since his first tract in 1960, Jack Chick has published over 200 titles.  Most of them are what I would characterize as meat and potatoes fundamentalist Christianity.  They frequently tell stories of sinners facing the throne of judgment and making the heavenly cut or being found wanting and cast into the lake of fire.

Most often, local church groups buy bunches of these things, and stamp their local congregation's address on the back.  As explained in cartoon form repeatedly by Mr. Chick, you can just leave one or two here and there - in public restrooms, with the tip you're leaving a waitress, store shelves.  Anybody can do that.  If you work up to getting a little bit brave, you can directly personally hand some out.

Let Jack do the preaching!  Chick tracts get read! - as he notes frequently in his literature - and I certainly believe that.  I'm telling you most normal people can't hardly help themselves but to pick one of these things up and at least glance through it.  A picture is in fact worth a thousand words, and even a casual non-believer can pick up the unique imagery and meaning and feeling glancing through one of these for even half a minute.  However you may choose to take them, he certainly makes his points quite effectively in words and especially in pictures.

These things are excellent propaganda art. Jack Chick (along with his silent partner Fred Carter) is an exceptional communicator of his ideas, whether you are even a believing Christian or not.  He communicates a strictly (and harshly) Biblical, but yet highly personalized vision.  Also, like Dolly Parton's grandpa, "He preached so plain a child could understand."

His main tract accounts for some reputed 120 million copies (in dozens of languages).  This Was Your Life! tells the story of a not really that bad a regular Joe particularly - not a criminal or a thug or anything overly extra horrible.  But facing the video playback of his life at the throne of judgment, he's found guilty and tossed in the lake of fire.  Don't let this happen to you.  Make this prayer to accept Jesus as your Lord and personal savior, and contact the Bible believing church stamped on the back.

My first exposure to Chick tracts was this classic title, when I was a child of about 15 in the 1970s.  Being more of a believer then, that booklet made at least as much impact on my little mind as any preacher in the pulpit.  Hey, for half a year or so I felt bad about even touching myself for the imagining of seeing the video playback of the incident standing at the throne.  Far worse, He would know exactly what I had been thinking about at the time.  That would not be good, not good at all.  That's one of the absolute worst down sides to believing in an omniscient God - absolutely no frickin' privacy.  You literally can't even think about playing with yourself without Him knowing.

One cautionary thing, though: I don't think these are really good for young children.  Like South Park, these cartoon images are pretty harsh.  These Chick tracts are really scary.  Brother Chick lays down some serious fire and brimstone.  I'd almost as soon have an 8 year old watching South Park.  It would be less likely to cause nightmares.  Chick tracts ain't no Mickey Mouse affair - nor would I want them to be.  A teenager should probably be able to handle either one, though.

It's been an occasional source of warm nostalgia for the old school over the years to find Chick tracts left strategically on store shelves or library tables maybe every couple of years here and yon.  But we can do much better now.  I give thanks to God or Al Gore or whoever for the internet.  Earlier this year, I found a copy of the delightful anti-papal Last Rites tract at Kroger, which led me to his website.

What a motherlode of joy!  You can, of course, read bunches of these things from his Chick Publications website, including a lot of titles that are out of print.  But really, you need to get some of these.  Nothing replaces the pure physicality of those little tracts.  Current going price is 16 cents plus shipping.  Thirteen bucks will get you 100 great little graphic novels - which are excellent conversation starters.

Pay it forward; I'm leaving a few of these things around the local stores and libraries and waiting rooms - just as Jack intends.  I am, however, keeping a few for myself.  Hey, I'm paying for them.

The really great thing about this now is that you can get at some of the more obscure and more uniquely interesting things he's done.  Church groups mostly distribute a few main meat and potatoes titles, but going on his website you can find his often far more interesting and personal side trips.

I particularly like his numerous conspiratorial anti-Catholic tracts, including Why Is Mary Crying?, Are Catholics Christians? (uh, the answer is of course NO), and the hysterically titled attack on transubstantiation in The Death Cookie.  My VERY Catholic second generation Italian-American Mamanana loved Last Rites.  Early returns indicate that Cat lickers - at least ones secure in their faith - really dig this anti-Catholic stuff.  The anti-Christ is going to rise from the Vatican, by the way.

Jack Chick has some interesting points to make besides just the basic "turn or burn."  He has a whole tract called No Liars In Heaven detailing a fascinating supposed ongoing historical assault to adulterate the Bible through devious subtle changes in translations, which is of course surreptitiously sponsored over centuries by the Vatican.  I'll just say that this one re-inforces my natural impulse to read only the original King James. Vatican conspiracies or not, I don't want my Bible in a nice modern translation that sounds like it was just written last week.  Tracts like this get real specific, down in the weeds with historical details, and book referrals to read more about infernal Vatican plots and such.

He's got at least a half dozen tracts addressing Islam.  Men of Peace contains multiple cartoon representations of the prophet, only with real and highly critical analysis.  Allah Had No Son and Is Allah Like You? are much more artistically and intellectually stimulating than the little Dutch cartoons that Islamic idiots were so worked up over a few years back.

Jack Chick seems to believe that the large majority of people are going to hell, notably including Jehovah's Witness, Mormons, Catholics, Muslims, Hindus and Freemasons - and of course atheists.  As the Cramps so eloquently put it, "people ain't no good."  On some days, I can definitely see how someone might take that general viewpoint.

The specifics of his theology aside, Jack Chick is a heck of a dude.  You don't have to be a conspiracy minded dispensational premillennialist to appreciate the guy's genius of vision and fortitude.  He's carved out a big fat unique niche artistically, business wise and most importantly evangelically -  getting at least a small dose of the tough stuff to the heathens and watered down Christians in this more secular age.  Jack Chick is old school - and that's what you want if you're looking for eternal truth.

This Was Your Life

Love the Jewish People   [in which he doesn't even mention any idea of trying to convert them!]

Allah Had No Son

The Beast   [the pope as the anti-Christ]

Why Is Mary Crying?

Is There Another Christ?

Are Roman Catholics Christians?   [Hint: the answer is NO]

I have based my criticism of Jack Chick at MoreThings.com largely on a couple of specific Chick tracts.  In the interest of careful presentation, I have borrowed these two pamphlets in totality in order to give Chick's whole presentation and argument, lest I be accused of twisting or misrepresenting him or taking things out of context.  Note that I include the altar call last pages in case you want to accept Christ as your savior. Your choice.

Are Jesus Christ and Satan brothers? 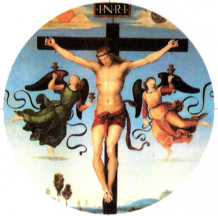 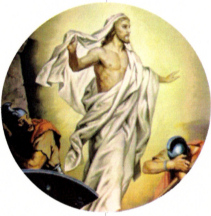 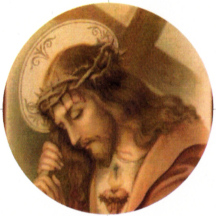 Cleanliness is next to Godliness

Steamfast is a powerful tool of Godliness