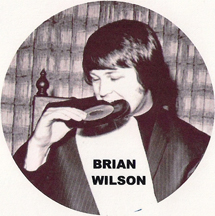 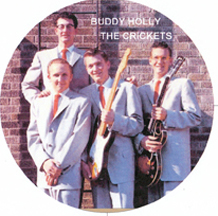 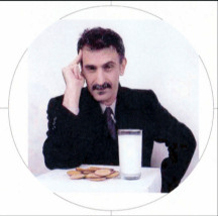 SONG TITLE: A SIMPLE DESULTORY PHILIPPIC (OR HOW I WAS ROBERT MCNAMARA'D INTO SUBMISSION)

COMMENTS: Good caricature is in the details. Lots of people have done Bob Dylan parodies. Every stand up comic for 30 years wheezed and made up funny faux protest lyrics about, for example, baggage handlers losing their luggage at the airport. This is fun as far as it goes, but it is painting with a broad brush and wears thin on repeated listenings, especially for people who actually know Dylan's work.

These selections are the two best parodies of Dylan on record. For starters, these are both outstanding songs with strong melodies by their own rights. Moreover, they are modeled on specific Dylan song styles from succeeding periods of his career. They don't simply mock his vocal timbre or phrasing but get into the style, structure and content of his compositional art.

Paul McCartney wrote an affectionate parody of Dylan's newest classic album, John Wesley Harding. "Rocky Raccoon" is an affectionate spoof of the man's perhaps sometimes self-important pseudo-Western narratives such as "The Ballad of Frankie Lee and Judas Priest," and actually at least as good as anything on the album except maybe the apocalypse of "All Along the Watchtower." This is not criticism of Dylan, but praise for McCartney.

"Rocky Raccoon" is not in any way a ripoff of Dylan, but a totally independent and memorable tune that could not have come from anyone by Mac. The White Album had several examples of this, such as his Little Richard song "Why Don't We Do It in the Road?" These songs are tributes, and fraternal expressions of sympathy for the artistic visions of his predecessors and colleagues. However, Little Richard would never have had Mac's self-consciousness, nor would Dylan have had his genteel pop sensibility.

His Dylan tribute is rich in the particulars. Notice how carefully he sets the cadence of the vocal melody against the basic rhythm of the song. "NowsomewhereintheblackmountainhillsofDakota..." This is something that Dylan has most often done thoughtlessly, such as in sloppy live appearances where he just couldn't be bothered to actually perform his melodies. Mac actually works out the tune so that it plays out smoothly as a strong second rhythm that meets back up with the rest of the music naturally. Check out the small, simple little whisps of harmonica - plain but just right.

One of his subtle adaptations is in how he bent the song structure to pop. The Western ballad form he's imitating would typically not have a recurring chorus, just one long melody or one repeating section A-A-A. He gives it a catchy chorus, while making it look like he's sticking to form. He does this by simply giving no words to it, other than "doo de-doo de doo doo"  Add in that cartoon "honky tonk" piano, and he has slipped in a hot chorus.

The lyrics are a great Dylan spoof in their own right. The whole story of Rocky's failed quest for revenge is a great parody of Dylan faux moralising. Like many Dylan songs, it is presented as though it is suposed to have a Moral Message, but really is just silly. Mac even gets in the empty Bible reference. I am particularly amused by the repeated references to Gideon's Bibles that go nowhere. The more you listen to Dylan, the funnier this gets.

Paul Simon, on the other hand, wrote a rather more biting Dylan parody. It might be appropriate to describe this as satire, intended to mock Dylan. Simon came from approximately the same intellectual New York folk circles from which Dylan had emerged. In his wake, everyone else pretty much got lost. Simon had whipped up a couple of hits, but had not yet gotten (or earned) anything like the critical acclaim of Dylan. Naturally, he was somewhat resentful.

This song is specifically a parody of Dylan's then current initial "folk rock" phase right after he plugged in his guitar for the "Subterranean Homesick Blues" and beyond. He is arguing here that Dylan is a sell-out fake making dumbed down music for college boys who think they're a lot more sophisiticated than they are. "I knew a man, his brain so small, he couldn't think of nothing at all. He's not the same as you and me. He doesn't dig poetry. He's so unhip, when you say 'Dylan' he thinks you're talking about Dylan Thomas, whoever he was."

The lyrics are a particularly good Dylan put down. He nailed Dylan's emerging lyrical slop bucket approach, throwing together lots of disjointed phrases that don't really mean anything. Just drop a bunch of big names to show how sophisticated you are, toss in a couple of drug references and a little cheap paranoia - as if you were significant enough to be of interest to the FBI. "I've been Ayn Randed, nearly branded a communist 'cause I'm left handed. That's the hand I use... well, nevermind." In just one thought he manages to run together all those threads (except the drugs), and end up with a masturbation reference.

Touche! This song has a lot better technically constructed lyric than any but a very few Dylan had written to this point. It is superior in the cadences and internal rhymes, and in the breadth and depth with which he makes his point. It is merciless and bitterly sarcastic, just like your better (and worse) Dylan. He hits the king of the hill hard with his own weapons.

As an attack on Dylan, though, it breaks down musically. The problem, as it were, is not that the song is not good, but that it is too good. This song is the occasion of Simon's first recorded flat out rock and roll. The tune cuts loose some swaggering fun. From the descending guitar riff that opens the record to the driving guitar rhythms to the wailing organ, this is an exhilirating release. He ends up unwittingly making Dylan's case for him.

Even trying to criticize him, Simon ended up writing a tribute. That was long ago and far away. Paul Simon has has long since gotten the recognition that he deserves, and would never engage in such a petty personal attack in his maturity. Ultimately, he and Big Mac underscored the merit and adaptability of Dylan's innovations and influence.

The Beatles Are Masters of the Universe