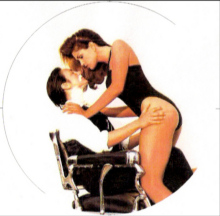 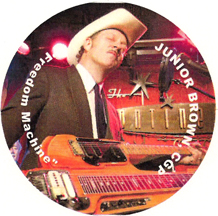 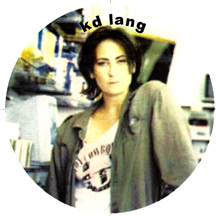 
To me, "Bird on a Wire" has always been a Johnny Cash song. He made this song his own as a centerpiece of his artistic rebirth with the first 1994 American Recordings album. Many people have covered this modern standard, but no one else has quite the unique vocal authority of Johnny Cash.

Leonard Cohen is obviously a distinguished composer, but he's a marginal singer at best. Songwriting and singing are very different occupations. Some people happen to be good at both, but not always. Cohen just isn't a professional quality singer. Crikey, his 1969 original recording on Songs from a Room sounds like Elmer Fudd croaking. Few people would know this song if it were all based on this very marginal performance. As a great songwriter who just can't sing, Cohen may rate even below the dreaded vocals of Kris Kristofferson.

Johnny Cash, though, was a world class song stylist. He wasn't particularly the fanciest singer, but he had this powerful baritone and a great depth of emotional experience nuanced into his best performances that can't be touched. He had a real unique authority as a personality that comes out in the records. However, I'm not entirely sure how much of this effect comes from the expertise of his actual vocal performances versus how much is some kind of perception based on extraneous personality factors, all the stuff we know about his legend being folded in on top of the actual recording.

Johnny Cash delivers Cohen's poetic lines of sadness and regret like someone who's really had some things to regret. That he's just sitting in the living room with an acoustic guitar leaves the beauty of those words in bold baritone relief.

No one else could make the song come out like this. Indeed, this seems to be a high pick among many Johnny Cash fans out of his whole catalog. Like I said, it's Johnny's song.

Recently though, I discovered KD Lang's outstanding 2004 album of songs by fellow Canadians, Hymns of the 49th Parallel. Man, that's some good singing. For starters, she obviously blows Neil Young away as a singer on "After the Gold Rush."

Slowly though, it's dawned on me that she didn't just blow Neil Young out with this album, but Johnny Cash as well. She did considerably more with "Bird on a Wire" than even the classic Cash standard just about every which way.

For starters, she has a far more interesting arrangement. "Bird on a Wire" is a great song, and this song's almost all in the vocal melody, so it works fine with nothing behind it but the simplest acoustic rhythm guitar. Again, that helps to showcase the authoritative vocal.

But the great song works even better with a proper arrangement. KD came up with a really fleet footed swinging jazz arrangement that takes the song to new places before she even starts singing. You wouldn't necessarily expect that Ellington's famous maxim "It don't mean a thing if it ain't got that swing" would apply to a Leonard Cohen song, but I guess it does. That bassline throbs so light on its feet like the anxious bird hopping on that wire with a heavy heart.

The whole recording comes on so quiet that I didn't notice all the little discreet things going on the background. That funereal organ really tops it off, and the basic rhythm guitars add up to much stronger dynamics than the Cash recording. Topping a classic Cash vocal performance is no small task, but she starts out here with much more interesting instrumentation to work against.

However, it now occurs to me that KD is a world class singer, a real full fledged interpreter of song. She can hold her own with any singer.

As it relates here, she starts out clearly a technically superior singer to Johnny Cash. He communicated an extraordinary depth of emotion, but he didn't have spectacular range or effects. KD has far better traditional chops- range, control, affects. Then again, so did vintage Mariah Carey, so there's the limits of technical ability as a criteria for greatness.

However, KD not only has the superior voice, but she also knows what to do with it. She takes a significantly different outlook on what the song is about than Johnny. Cash emphasized regret. "If I've been unkind..." comes out his focus, on the same album with his interpretation of "The Beast in Me."

KD doesn't seem to feel so guilty, but more tired and sad, rising up to speak her piece. In her interpretation, "I have tried in my way to be free" seems more the central tenet here.

Anyway you slice it, KD put up at least as strong and unique an emotional tenor in her performance as this Cash classic. That's no small feat. Plus, she made much more of a record out of it.