When Don Knotts passed, I went through my website salting a few links to an obituary on some of my more popular pages. For whatever reasons, I've had thousands of people coming to an essay from last year about a church in Ohio that was advertising with signs saying "God loves ugly people." Obviously, it occurred to me that Don Knotts would likely have been considered, shall we say, homely.

But no, that's not right at all. It's not just that you wouldn't speak ill of such a beloved figure. In fact, Don Knotts is beautiful.

beautiful - 1) Having qualities that delight the senses, especially the sense of sight. 2)Excellent; wonderful.

Granted, Don Knotts wasn't particularly sexy- but sexy ain't everything. Brad Pitt has better cheekbones or bigger muscles or something, but he's boring. That's nothing against Mr. Pitt. I'm sure he's a fine gentleman and all. But which face will be remembered 100 years from now? There's a new crop of pretty boys every year.

Barney Fife was a really exceptional literary creation. As a kind of holy fool, the Barney Fife character will be remembered probably as well as, say, Don Quixote. Don Knotts certainly benefited from some of the most excellent writing in television history.

But the specific physicality and animating spirit of Don Knotts has a lot to do with the lasting literary impression that Barney Fife has made. Joining the Andy Griffith show in its genesis, the Barney Fife character was created specifically for Don Knotts. No other actor could done anything close to what he did.

You could say simply that he was a good actor- though at that you'd have to say that he had a limited range. He was certainly no leading man. Nor was he a man of a thousand faces. He had one, very highly unique, identifiable and pliable face.

But within a certain range, he could work up a unique and profound pathos. 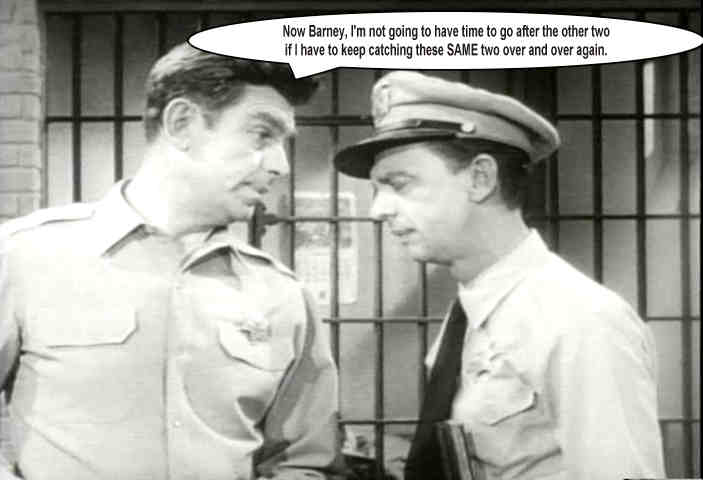 He was never going on with displays of begging for respect as an actor. Of course, winning five Emmys for the role might mean you don't feel such need. But still, you would half expect it in your bones for someone known for playing characters of such profound nervous insecurity.

Don Knotts made art with his body. He could read a line of script perfectly well, but 90% of what was memorable was in the physical expression. Having been given exceptional scripts and co-stars to start with, Knotts added in layers and depth beyond anything on the page. Between his facial expressions, posture and gait, he could get three or four distinct emotional threads running at once.

You could really see the battles raging inside Barney's head. He was frequently struggling right on the edge of control. He wasn't trying to be egotistical, but merely to keep some kind of equity. He was constantly struggling metaphorically and literally not to shoot himself in the foot. 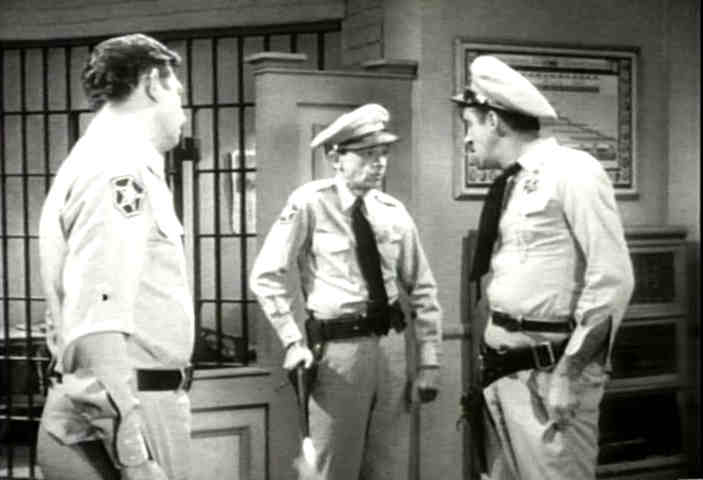 He wasn't trying to be Lord God over other people, but just to hold his own and maintain respect from his peers.

You could see him simultaneously trying to maintain the practical control of a situation, to maintain a facade of what he would understand as normal masculine bravado. [From the 1963 episode "The Big House" photo gallery [SIMMERING MASCULINITY - BOILING MANHOOD] Plus, he's trying to suppress his own panic reactions, take charge and to convince himself that everything was ok. He could get all that going at the same time- and keep it funny.

Barney Fife is one of the most classic everyman characters in the history of video. He's not frequently described in such terms. Probably a lot of people wouldn't like to self-identify with such a bumbler. We'd all like to think we're cool alpha males like Andy, but I'll admit that Barney's experience of the world is closer to mine.

As an everyman character, Barney Fife seems to have rather more depth than Charlie Chaplin's tramp. With no disrespect to the outstanding work of a widely acknowledged master thespian, Don Knotts did more with Barney in the physical expression. The tramp had a good heart. Indeed, he was more consistently nice. But watching the portrayal on the screen, it seems like you're seeing more into a human soul with Deputy Fife. You can really see how the furniture's arranged in Barney's subconscious after awhile, cause Don Knotts managed to explain a great deal more than was in a written script.

Cindy Crawford seems to be retired from modeling, a bit long in the tooth for that. It was a good time and all, but 20 years from now no one other than family and friends will be studying video of her on the runway.

But you could study on Don Knotts for awhile. People do, watching TV Land marathons. A hundred years from now, folks yet unborn will be digging the soul of Don Knotts as channeled through Barney and captured for the ages on video. Brother Knotts is gone, but he continues to delight the sights of millions.

These are images from a very good 1983 made for tv movie. It is based on a true crime story from Georgia in 1948 in which a wealthy landowner named John Wallace (Andy Griffith) murders a sharecropper who crossed him, with the co-operation of the local Meriwether County sheriff - but managed to do so across the line in Coweta County, where he didn't have control.  The righteous sheriff Lamar Potts (Johnny Cash) eventually busts him down, and Wallace was executed in 1950.  In the movie version, June Carter has a lovely feature role as a crazy old backwoods seer and oracle.